Help Us to Help Others 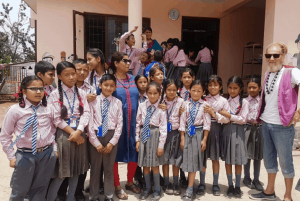 Sushanta Baba started the Foundation in the late 1970s. Sushanta travelled to Nepal, India and surrounding countries designing and making jewellery, with any leftover money from selling the jewellery donated first hand to the needy. Over the next two decades Sushanta started a home for handicapped children, helped to build schools, and to feed the poor.

Sushanta moved to Nepal permanently in 1994, and a few years later met Nanu. Nanu’s husband had tried to set up an orphanage, ‘The Helpless Colony’. The charity aims to educate and house children who are either orphans, or whose families were affected by the Maoist incursions, whose fathers may have been in prison, or whose families are too poor and cannot provide for them.

Unfortunately, Nanu’s husband died and left behind Nanu and 27 homeless children, most of them trafficked from remote villages during the civil war. They had no means of support, and the children were sick and malnourished.

Sushanta and his wife, Shanta, supported these children, getting them healthy, housed and in school. The support comes from the profits from Sushanta’s jewellery business, and from friends around the world. We are proud to say we are one of those friends.

It then became known as ‘The Happiness Colony’; the children were passing their exams, cooking food, and living a happy and healthy life. 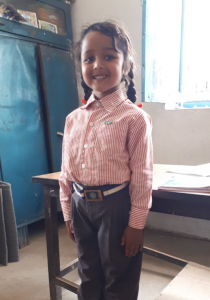 Janet (Chakra’s owner) had been in Nepal only a few days prior to the earthquake, and after she heard of the destruction caused, wanted to do something to help. Some of Chakra’s good friends in Nepal were killed in the earthquake, and we were devastated. Chakra set up collection tins in both shops, and on some days donated half of the takings to the Happiness Colony and Baba’s Bunch Foundation.

In the aftermath of the earthquake, Shanta drove food and blankets directly to outlying villages and gave it to those desperately in need. Sushanta distributed food. They did this with little concern for their own safety. In the villages, Shanta saw there were many children without shoes or jumpers; she used the money we donated, as well as donations from many other generous people, to provide for the children’s needs. 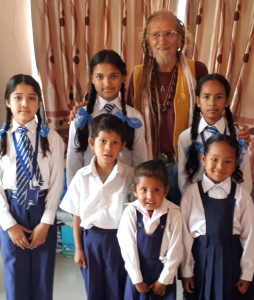 Our connection to Sushanta and Shanta enabled us to offer direct help to those most in need. Living in Nepal, they are best placed to see where help is needed and to make sure it goes directly to them.

The Foundation currently supports many individual children, by helping to pay their school fees and supplying them with books, pencils and sports equipment. They also support multiple NGO’s, and a rehab centre for street kids addicted to petrol, glue, plastic or other chemicals.

If you would like to help, or donate, please contact us or visit the shop where we have a donation tin.

We're not around right now. But you can send us an email and we'll get back to you, asap.